Free 30-day mobility challenge for golfers. Get it now →

How Drinking More Water Can Help You Lose Weight 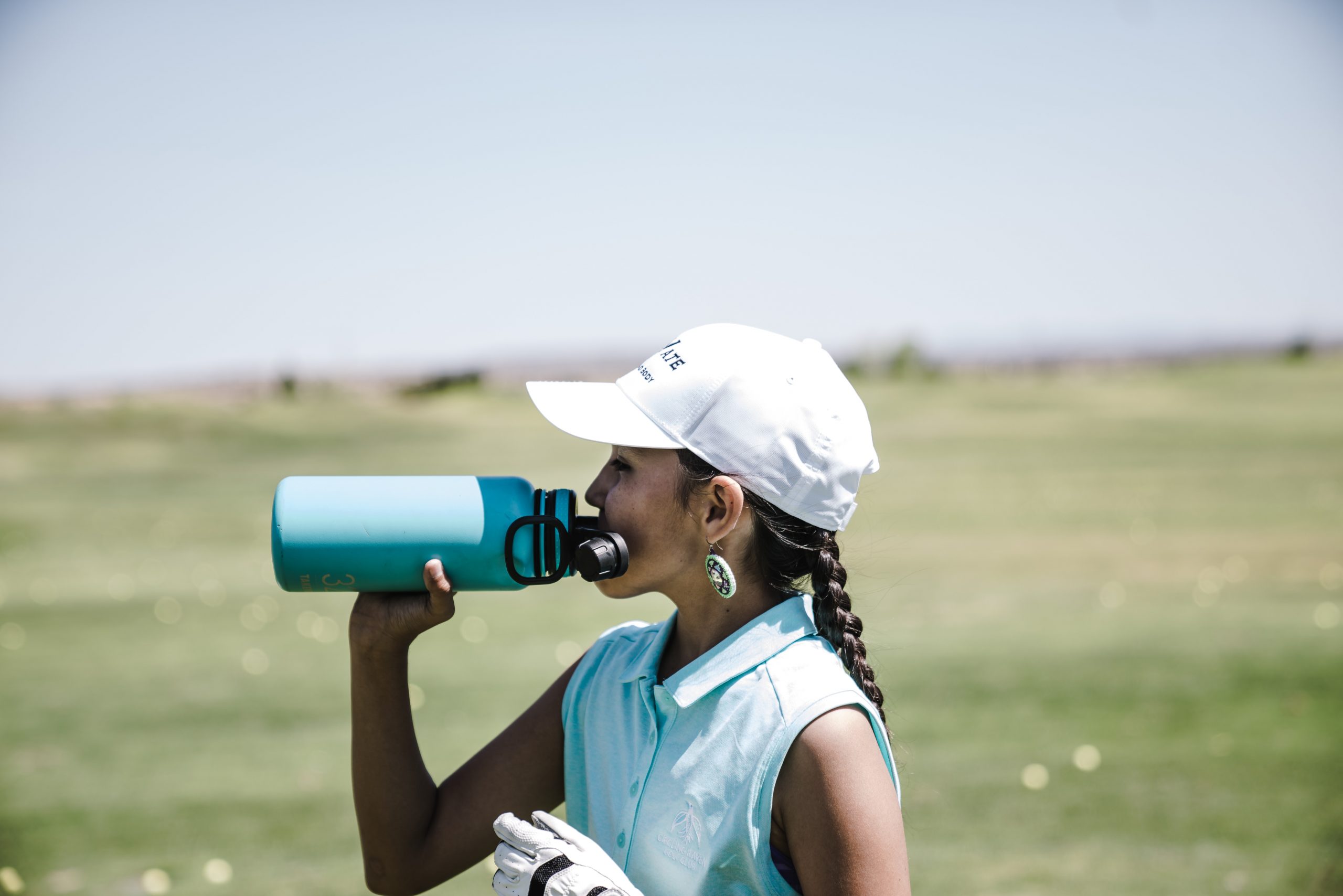 You already know that staying hydrated is good for you.

But did you know that drinking more water can also help you lose weight?

In a 2016 study with nearly 10,000 participants, researchers found a significant association between inadequate hydration and obesity.

Exactly how drinking water leads to increased weight loss remains a bit of a mystery, but here are the 3 most likely explanations:

1. Drinking water before meals can reduce appetite (in older adults)

There is evidence to suggest that drinking water before a meal can decrease appetite, which leads to the consumption of fewer calories.

A 2009 study of middle-aged and older adults found that drinking water before each meal may increase weight loss by 2kg (4.4 lbs) over a 12-week period.

Another study also showed that drinking water before breakfast reduced the amount of calories consumed during the meal by 13%.

Although this may be very beneficial for middle-aged and older people, studies of younger individuals have not shown the same impressive reduction in calorie intake.

It is easy to forget that fruit juices, beer, wine, sweetened tea and coffee, smoothies, pop/soda, and sports drinks all contain calories.

Calories consumed in liquid form don’t make us feel full in the same way that solid foods do, which means that we can often end up consuming more total calories than we realise.

In fact, one study found that the addition of one can of pop/soda per day resulted in as much as 6.75kg of weight gain over the course of a year.

But even without consciously substituting water for caloric beverages, simply drinking more water automatically reduces calorie consumption from other liquids.

Your brain is 73% water and is highly sensitive to dehydration.

Studies have shown that even mild dehydration (1-3%) can have an adverse effect on memory, anxiety, mood, headaches, stress, and fatigue.

These symptoms can lead to poorer decision-making, like skipping workouts and overeating.

One way we might think of drinking more water is as a ‘Keystone Habit’.

Author Charles Duhigg defines a Keystone Habit in his book, ‘The Power of Habit‘, as:

In other words, drinking more water is something very easy to do that can have a profound impact on the rest of your day, as illustrated below: 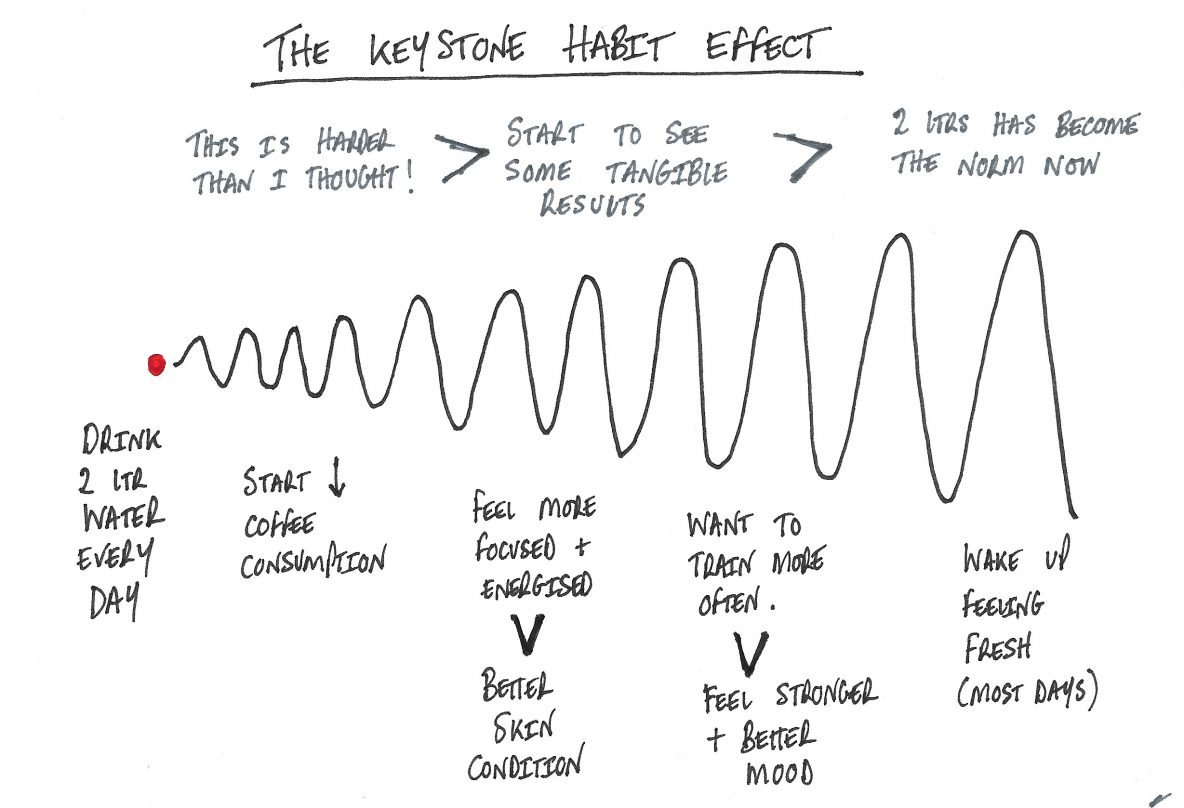 Even if it remains unclear exactly how drinking more water can lead to weight loss, the fact remains:

Increasing your water intake is one of the quickest and easiest wins for both your health and weight loss.

How much water you should drink depends on a range of factors like age, weight, health status, and activity level but, as a general rule, you should simply drink water when you feel thirsty. If you would like something more ‘concrete’ to aim for, 2 litres of water per day is a good place to start.

1. Photo by Jopwell from Pexels

At-home: Gain flexibility and mobility at home without any equipment.
Make the most of what you’ve got: Restore your mobility to gain distance and consistency without the need to add pounds of muscle.
Follow-along video routine: Zero guesswork – you’ll know exactly what you need to do.

All information on this website is intended for instruction and informational purposes only. The authors are not responsible for any harm or injury that may result. Significant injury risk is possible if you do not follow due diligence and seek suitable professional advice about your injury. No guarantees of specific results are expressly made or implied on this website.